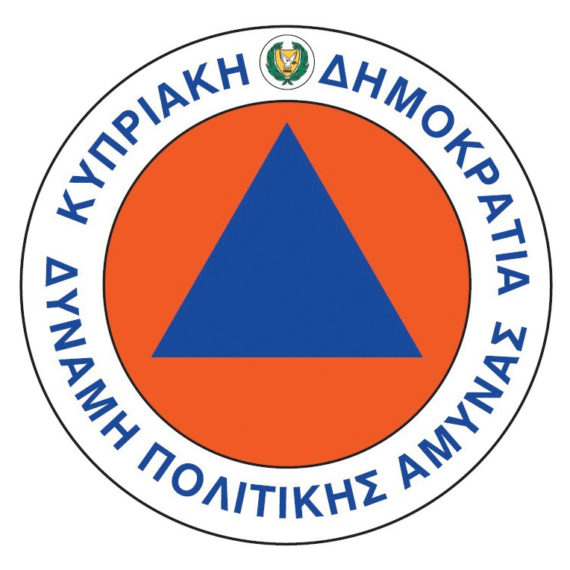 The Cyprus Civil Defence is a department of the Ministry of Interior. Τhe operation of the Force today is governed by the Laws on Civil Defence of 1996 and 1998 and the Civil Defence (General) Regulations of 1997 until 2012. The Civil Defence is staffed by permanent personnel, a number of volunteers, and conscripts obligated to serve in the Civil Defence Force. The responsibility for determining the policy of the Force and coordinating its work and activity belongs to the General Civil Defense Administration (GEDPA). Five (5) District Administrations (PEDPA) appertain to GEDPA. These are Nicosia, Limassol, Larnaca, Paphos and Famagusta. The main mission of Civil Defence focuses on taking measures in response to natural or man-made disasters which might cause serious consequences, the size of which may cause hazards to the life and welfare of citizens or extensive damage to the environment and natural resources of the Republic. These measures to manage the consequences of a disaster include a series of actions for the prevention, preparation, response, design, education and mitigation of the negative results. Additionally, Civil Defence Force has the responsibility of protecting the civilians in periods of hostilities. Our vision is to improve and strengthen the protection mechanism of civilians, to sensitize the population on prevention and response to disasters issues and consolidate basic rules on safety and self-protection, in order to create the circumstances for a society to be ready to contribute effectively in reducing the risks and their consequences.
Website:
www.moi.gov.cy/moi/cd/cd.nsf/index_en/index_en

Observer Partner 2 (OP2) is the Civil Defence of Cyprus and it is related to the Cyprus Meteorological Service (P3). The travel and accommodation expenses for the participation of OP2 in the dissemination activities of WP2 along with the participation of 2representatives in the kick-off, mid-term and final meetings of WP1 will be reimbursed by P3.

Amongst the duties of OP2 is the protection of the public against natural disasters such as forest fires and intense droughts. In that context, OP2 is particularly interested in the development of a system that will provide reliable and timely information of the fire and drought vulnerability of Cyprus. At the same time OP2 has significant experience on public protection and threat responding. That experience can be an extremely valuable asset in the process of developing a user-friendly and at the same time stable and comprehensive early warning system that will be useful to authorities, stakeholders and the general public. Moreover, OP2 will endorse a campaign to inform the general public on the system and persuade them to use it and offer in situ real-time information. Overall, OP2 will have an advisory role in the development of the system but also will help in the dissemination of the results and of the system itself.